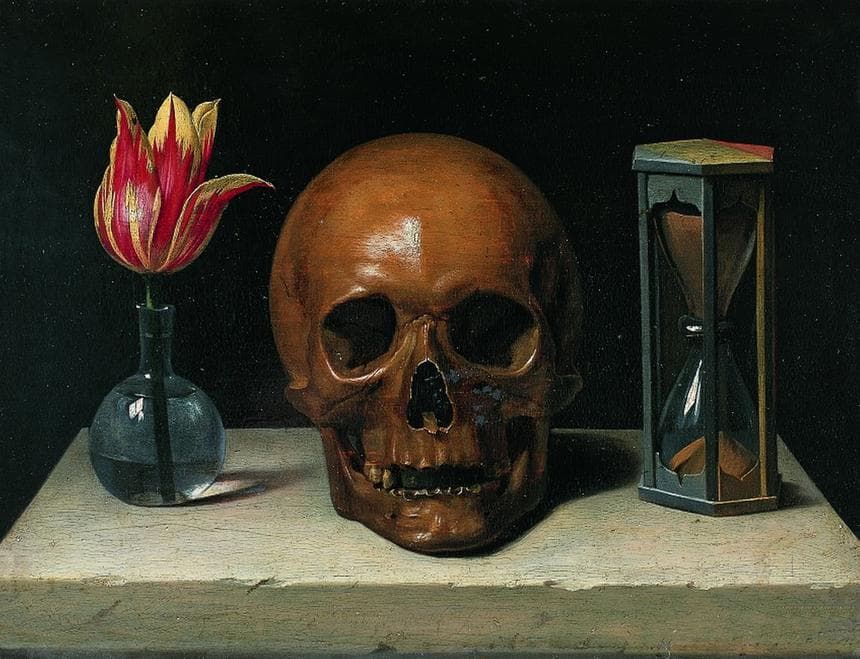 I'd wished I will never write this, but it was only a wish.

November 13th, 2019 for a lot of people was a usual 24hrs. Truth is, this day for me was longer than usual, the times stood still as I watched my worst nightmare gradually come to reality.

I'd finally lost my mom to Cancer, roughly six years after initial diagnosis. I don't plan to go into a lot of details as regards how it all happened, I'd rather be sharing the lessons that came with this experience. Her death was the first I had experienced first-hand  -  the first to hit my immediate nuclear family.

Outlined below are some subtle, but very vital lessons learnt from this experience.

Action as you might have previously heard speaks louder than words but just like every other generalization, there's always an exception and sympathy is one of them.

Prior to loosing my Mom, I didn't know how to express sympathy vocally.

Whenever friends/family broke news of the loss of their loved ones to me, I'd usually keep mute, stare at random things around and wish for the awkward silence to break, as I always didn't know what to say (so I had thought), hoping they'd understand how I feel, thanks to how badly introverted I could get.

But here's what I've learnt from this experience:  A simple: "This is so sad to hear, I'm sure you'd get through this <insert name/title/nick>" is better than your silence.

This simple statement triggers a very big sense of relieve to the affected, in ways you can't imagine. Don't worry if he/she doesn't necessarily reflect this instantly, just keep saying nice, encouraging and soothing things. It does magic!

Don't only try to "speak" sympathy through your actions, let it really flow from your mouth.

Empathy does not equal experience.

Before loosing my mom, I'd thought being empathetic could easily pass as having experienced a situation especially one that had to do with the loss of a loved one.

I'd always try as hard as I could to wear the shoes of friends/extended family whenever they were hit by similar tragedy, and I was hoping doing this was going to get me a tougher skin by the time the reaper finally knocks on my door.

But then, I was wrong, cos as it turned out, only the wearer really knows where the shoe pinches.

This knowledge above all, helped me come to ease with some condolences that I'd initially felt were too "casual".

Clearly, I had expected much from totally different, ordinary people who had no slight idea about how I truly felt.  I got to figure that their understanding of the pain I felt was totally dependent on how severely I was able to portray it, nothing more.

No matter how hard you try, you can't feel a pain you have not experienced.

Blood is not as thick as you think, you'd move on.

This here is a very sad truth that I wished was otherwise. I had always imagined what having to deal with the reality of the loss of a loved one especially a parent feels like.

Often times, I'd ponder over it for a long while and then end up saying to myself "this is something you can't go through, it'd end you" and so I believed, earnestly hoping I'd never get hit cos I wouldn't be able to move on.

But then, it all turned out I was wrong. Barely 3 weeks after my mom's loss, as much as I hate to say it, I couldn't help but come back to life, and so did everyone else.

In fact, this was almost a reflex. I saw myself putting the pain aside and getting back to worrying about my everyday needs/wants once again  - dreams, school, money etc, they all came back. In short, I was back alive.

I'd thought I'd never care about these things again, that I'd grief all through my life cos what was life without Mom?

But then, it all turned out we weren't as dependent as I'd thought. I'd tried to blame myself for seemingly moving on too early but I later realized it wasn't about me, it was about life. I had it in front of me, it didn't give much choices, I was just forced to live it.

Everyone can go on with their lives without you. The most they can do is miss you.

Death is enough to go round.

You hate to hear this I know, but relax, it's the inevitable truth.

You'll some day die, your precious Dad would die, so will your Mom, your best friend, your spouse, your twin, even your enemy(that makes you happy I know), they'd all die.

This shit is random as f**k and one fateful day, it'd knock on your damn doors. I've lost people I have ties with, including family(extended) but I'd never believed I'd lose anyone as close as my Mom or even a member of my nuclear circle, it was simply surreal.

It felt and still feels like a dream but with the dawning of each new day, it gets clearer and realer. You just learn to accept and live with it.

It's easy to accept mortality, but a lil harder to accept one's own mortality.

You don't call the shots, the reaper does.

It's normal for people to schedule their death-dates or those of their loved ones for the farthest time they could think of. Yes, I did that too. Thanks to religion(faith) and the seemingly false sense of control it tends to give us about life and its occurrences.

I'd initially set my mom's for 120years, when her sickness grew worse, I reduced it to a 100 and then when things started getting really messy, I reduced it once more to a 90. But then, none of these worked out.

While I don't pray for things to get bad for you who is reading this, all I hope and wish is for you to understand that things might go wrong, sooner or later than you think.

Do well to brace for it, and no, it's not the devil, neither did God not hear your prayers. It's the bitch called life flexing its muscles.

End of life sounds further than it really is, do all you can NOW!

Recently, people, especially millennials, have been so into minding their businesses and have almost lost the ability to build human-human connections, everything is all getting virtualized.

Thanks to the advent of the internet and social media, it's successfully reduced social connections and meaningful relationships to likes, views, and followers.

We're now all about our imaginary haters, we now feel every friend is foe in disguise. By the way  -  you're thinking right, I just shot myself on the leg with this one cos I'm guilty too!

I'd thought I was and would be enough to get through the pain I felt, but it clearly turned out to be false.

Here I was, longing for every opportunity to share how I felt with anyone daring enough to say Hi.  I needed to unload the grief, for someone to listen and tell me they totally could relate to my pain. And no, this wasn't the type I could get from social media reactions, I realized I needed to talk to real humans with real problems, not folks hiding behind an internet-worthy picture, chosen out of a thousand seemingly unworthy others.

A simple "How are you holding up?" at this time, sounded like music to my ear.

Many thanks to all the amazing people I got it from. The check-on-you calls I received were mad soothing. Y'all's feeling of concern gave me essence, it conquered grief and most especially, taught me to start being less of a millennial and to go ahead and build real connections. There's a world outside our screens after all.

You're connected online, Awesome! Now, Go ahead and replicate that in real-life.

There's no better time to die.

While I was attending to condolences, a lot of people expressed regrets as to why my mom would leave "so soon".

Phrases like: "She could have waited a little nah", "Why this Christmas season", "She would've been alive to carry her only son's(me) children at least", "why this retirement period that she was meant to rest" etc were all over the place.

But here's the truth, there's no time that a loved one's loss would be less grievous or more soothing. The pain remains the same, that irreplaceable void is what spearheads it.

N.B: Some persons might like to argue that Senescence is perhaps, more soothing but that's on that :)

The pain of loss is the same across all seasons.

Money is not everything. Remember that phrase? Lmao!!!

For your own utmost good, train your mind to always believe and translate it to mean the opposite. People are all and about money, don't get disappointed when you finally get to experience this.

You'd probably thought the only people that get to make some dough off deaths are coffin makers and perhaps the guys at the morgue yeah?

Well that's okay, we learn everyday. Grab a cold glass of alco  -  Nah, drop that. It might likely get you killed before you're done reading this. Drink water instead.

How do you explain my Mom's tribeswomen(Umu Ada) demanding we foot to and fro transportation bills for their presence at the funeral or the 10,000 NGN "money for tears"  -  fine paid if eldest kids(male and female) of the deceased declines to cry publicly in midst of tribesmen as a sign to show they're truly in grief, prior to the funeral.

You're probably doing either of two things now: howling with laughter or grinning with disgust. Whichever it is, go on, you're doing amazing.

N.B: The demands outlined above weren't exclusive to just our case, it is a de facto standard, according to local customs. Abolished or Kept? you decide.

Money controls the earth and its people, keep this in mind.

Loosing loved ones to death comes with quite a lot of lessons, some of which in my opinion, are really necessary for emotional growth and stability. It shows us how strong we really are, helps us realize the need to value time and relationships.

I also like to think that grief has this energy it leaves us with, which if rightfully harnessed, could really be channeled into areas of our lives that require it in order to yield maximum results.

You understood pain and personified strength.

You were all the encouragement you needed.

You fought till there was nothing left.

Cheers to a whole year without pain, Keep Resting!!! 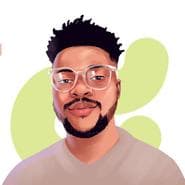 Princewill Onyenanu is a software developer, focusing on building back-end infrastructure for web services, with over 3 years of experience.